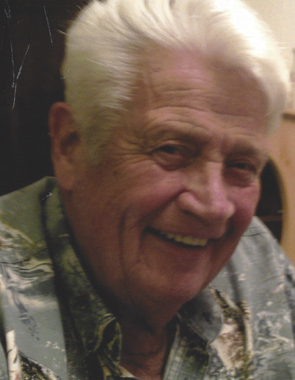 William A. Lesnett, 81, of Greenville (Delaware Township), passed away unexpectedly at 8:40 a.m. on Sunday, Jan. 12, 2020, the UPMC-Horizon Emergency Department, Greenville.
Bill was born in Greenville on April 29, 1938, a son of the late Elmer and Nina (Miller) Lesnett.
He was a graduate of the former Fredonia High School, where he had played on the two-time state championship basketball team.
On April 12, 1958, he married the former Constance A. Moller, preceded him in death on Feb. 28, 2017.
Bill had worked at the family meatpacking business, Greentop Farms, Delaware Township. The went on to work at Greenville Tube and later returned to meatcutting for Giant Eagle, Mercer, and Gilliland Market, New Wilmington, from which he retired.
Bill loved to deer hunt and was a member of the Harthegig Conservation Club, an active member of the Mercer County Antique Power Association and had served on the board of the Delaware Cemetery Association. He often would jokingly refer to himself as being the vice mayor of Oniontown.
He was known and remembered as the patriarch of his family and was dedicated to not only his family but was a loyal and trusted friend to many.
Bill was a member of the St. John's Lutheran Church, Greenville, where he had served on the church board for many years.
He is survived by a son, Terry (Barbara) Lesnett, Pittsburgh; a daughter, Sherry Lynn Lesnett, Jefferson Township; a very special companion and friend, Twila (Tye) Gilliland, Greenville; a brother, John (Sue) Lesnett, Greenville; a brother-in-law, Dale Moller, Greenville; twp grandchildren, Amy (Billy) Merchant and Teresa (Chip) Miller; and five great-grandchildren, Waylon and Catlyn Merchant and Dylan, Marlea and Colt Miller.
He was preceded in death by his parents; his wife of 58 years; a brother, Thomas L. Lesnett; a sister-in-law, Shirley Lesnett; a niece, Nadeana Arthur; and a great-nephew, Jesse Bielobocky.
The family has suggested that memorial tributes may be made to St. John's Lutheran Church, 10 Beil Hill Road, Greenville, PA 16125.

Send flowers
in memory of William

America the Beautiful was purchased for the family of William A. Lesnett by Lisa & Julie (Greenville VFW).  Send flowers

Lois Simons
Sherry and family so sorry for your loss you’ll all be in my thoughts and prayers at this time of loss .
View all