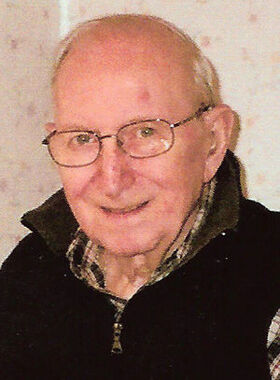 Back to Steve's story

Services will be this week for Steve Shemancik of Sharon, who passed away at 8 a.m. Monday, Dec. 8, 2014, in O’Brien Nursing Home following a brief illness. He was 89. Steve was born to Michael and Susan (Bajus) Shemancik in Sharpsville. He graduated from Sharpsville High School and attended the University of Florida. He served in the Army during World War II, in which he fought in the Battle of the Bulge with the 87th Division. He earned two Battle Stars, a Purple Heart, Infantry Badge, and a Bronze Star. Steve was registered as a professional engineer in Pennsylvania and Ohio and was a past treasurer of the Professional Engineer Society. He worked as an electrical engineer for Peerless-Winsmith Division of H.K. Porter Co. for 30 years until his retirement. On June 12, 1948 he married Betty Saxon, who survives at home. Steve was a life member of St. Michael Byzantine Catholic Church, Hermitage, where he was a past member of parish council, a catering member, and helped with the church bazaar. He also was a member of GCU Lodge 258, lifetime member of Hermitage VFW 6166, National Slovak Society and Mercer County Amateur Radio Club. He was an AARP tax aide, volunteered with the Mercer County Emergency Management Agency, helped check the local hospitals’ emergency communication equipment, and was a trained observer with Skywarn, associated with the National Weather Service. In addition to his loving wife Betty, Steve is survived by a daughter, Carol (Richard G.) DeRemer, Pittsburgh; and two sons, Stephen M. (Theresa) Shemancik, York, Pa.; and Thomas E. Shemancik, Clearwater, Fla. In addition to his parents, he was preceded in death by a brother, John Shemancik; and three infant brothers, Andrew, Mark, and Mike. SHEMANCIK Steve, 89, of Sharon. Calling hours: 5 to 8 p.m. Thursday (12-11-14) in STEPHEN J. SHERMAN FUNERAL HOME & CREMATION SERVICE, 2201 Highland Road, Hermitage. Online condolences may be expressed at www.shermanfuneralhome.com Services: Parastas service at 5 p.m. Thursday in the funeral home; Panachida prayer service at 10:30 a.m. Friday (12-12-14) in the funeral home; and Divine Liturgy at 11 a.m. Friday in St. Michael Byzantine Catholic Church, Hermitage, with the Rev. Kevin Marks officiating. Burial: St. Michael Byzantine Catholic Cemetery, Hermitage, with military honors rendered by Wheatland American Legion, Farrell VFW and West Middlesex VFW.
Published on December 10, 2014
To plant a tree in memory of Steve Shemancik, please visit Tribute Store.

Plant a tree in memory
of Steve

A place to share condolences and memories.
The guestbook expires on June 20, 2016.

Restore this Guestbook to share a memory or message of condolence of your own. 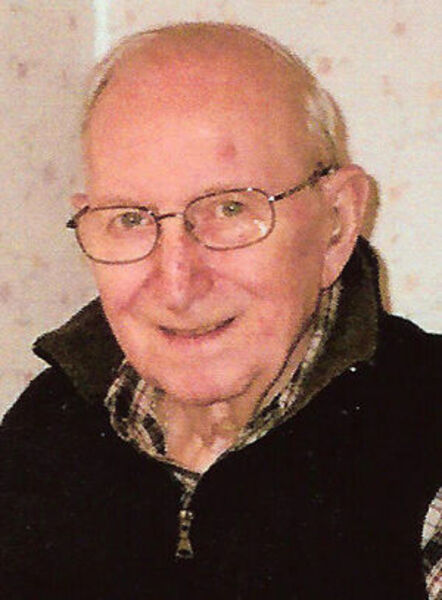