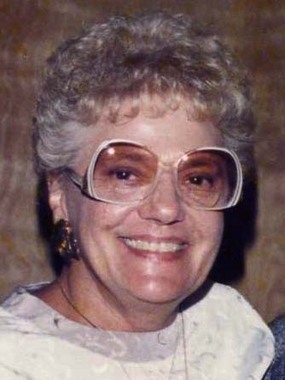 Back to Selma's story

Selma H. Orben, of Jackson Center, formerly of Farrell, died at 12:51 a.m., Tuesday, Dec. 17, 2019, in Grove Manor Nursing Center, Grove City, of natural causes. She was 95.
Born July 19, 1924, in Farrell, she was a daughter of John Bohn and Anne (Mild) Bohn. She graduated from Farrell High School in 1942.
Selma was a homemaker.
She is survived by sons, Robert Orben and his wife Cindy of Chagrin Falls, Ohio, and Samuel D. Orben and his wife Shelley of Jackson Center; two grandchildren, Samuel J. Orben and Jessica Walsh; and two great-grandchildren, Brody Walsh and Brooklyn Walsh.
Selma was preceded in death by her parents; her husband, Sam Orben who passed away Jan. 18, 1988; a son, Mark Orben; and a sister, Anne Schenker.

Plant a tree in memory
of Selma

A place to share condolences and memories.
The guestbook expires on March 30, 2020.

Ron Howard
Rob, so sorry to hear of your mom’s passing. I only knew her as Sal, and always enjoyed playing poker with her. Please give our condolences to your brother also. Let us know if we can do anything for you or your family. Love you like a brother.
Uncle Ronnie
Maryanne Springer
Dear Rob and family I am very sorry to hear of your Moms passing. It is with sincere condolences that I remember meeting her a couple times and she was a wonderful woman that you loved a lot. I am sure she will be missed by all.
View all