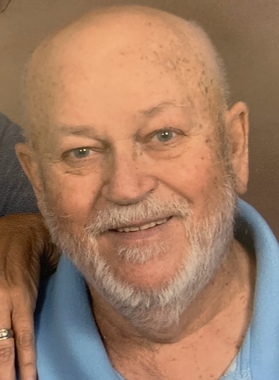 Back to Ronald's story

Ronald LeRoy Mattocks, 74, of Grove City, passed away on March 12, 2020.
He was born on Jan. 20, 1946, in Grove City, to Kenneth and Blanche Thompson Mattocks.
Ron was a 1965 graduate of Grove City High School. He was employed by PennDOT, Mercer, for 35 years as a laborer, equipment operator and foreman.
Ron was a member of Grace United Methodist Church, Grove City, and Grove City YMCA. He was an avid bowler and belonged to the Wednesday morning Bowling league. He managed and coached Grove City Little League teams. His hobbies included hunting and Go-Kart racing with Brian.
Ron is survived by his wife, Mary Kay McKnight Mattocks, whom he married on June 10, 1972; his three children, Katie Morrow (Eric Gladd) in New Wilmington; Kristen Ford (Ross) in Grove City; Brian Mattocks (Cassie) in Greenville; four grandchildren, Ashton and Cruz Morrow, Bryce Ford and Calen Richmond; one brother, Thomas Mattocks in Grove City; and two nephews, Mont and Tom Mattocks.
Ron was preceded in death by his parents and brother, Billy.
In lieu of flowers contributions may be made to Grace United Methodist Church, 210 S. Broad St., Grove City, PA 16127.

Plant a tree in memory
of Ronald

A place to share condolences and memories.
The guestbook expires on June 11, 2020.

Sara and George Kerestes, Springfield, Virginia
Dearest Mary Kay and family, We are so very sorry to hear of the loss of your beloved husband, Ron. We have very fond memories of many HS class reunions together. You are in our most sincere thoughts and prayers 🙏. Much love. God Bless 🙏
Deena Edwards
I'm so sorry for your loss. Keeping you all in prayer.
View all