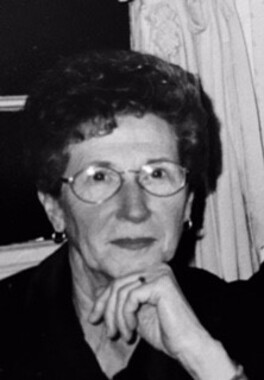 Back to Rita's story

Rita Corrine (Rowlands) Borowicz, of Mercer, died peacefully in her home under the loving watchful eyes of her family on March 10, 2020, just short of 87 years of age.
Born April 4, 1933, to Jesse and Elizabeth Rowlands, she graduated from Lincoln High School in Ellwood City. Her seven Rowlands siblings, five brothers and two sisters, preceded her in death.
She married Norbert J. Borowicz Dec. 29, 1956, soon thereafter beginning a remarkable career in maternity, reproducing a son, almost annually, from 1957 to 1968, eight in total: Jon (Mercer), Josh (Minneapolis), Jamie (Erie), Eric (Greenville, S.C.), Stephen (deceased), Neil (Tempe, Ariz.), Alex (Mercer) and Andre (Hermitage). After these generally satisfactory efforts, Rita ultimately got it right, producing a daughter, Elizabeth (Eric) Ellison, much in the mold of her mother. The children provided the Mercer Area School District with an ample supply of student-athletes, and Rita's record of game-day attendance - baseball, football, basketball, cross-country, volleyball, track and soccer - was phenomenal.
When the nest was relatively empty of student-athletes, Rita applied her talent for large-scale culinary work for 15 years in the Mercer Area School District cafeteria system, retiring as director in 1996. Students thanked her for her openness to menu selection (mashed potatoes and more tacos), for learning what to do in the event of "a hair in my soup or stael [sic] milk," and for "explaining the chicken nuggets."
She is survived by her husband, Norbert; by seven sons, Jon, Josh (Karen), Jamie (Alice), Eric (Jackie), Neil (Deborah), Alex (Margo), Andre (Gina), and by one daughter, Elizabeth (Eric) Ellison. Sixteen surviving grandchildren - Stefan, Zoë, Maia, Sarah, Kate, Emma, Robert, Xavier, Asa, Anna Michael, Mason, Kellen, Daphne, Trevor, Sam and Eli - received extraordinary grandmotherly care and will revere her memory.
She was preceded in death by her son, Stephen, and grandson, Jesse Edwards-Borowicz.

Plant a tree in memory
of Rita

A place to share condolences and memories.
The guestbook expires on June 10, 2020.

Margaret taylor
Sorry for your loss she was a great lady had lot of fun with her while I was cleaning for her
Jeff MacTaggart
My deepest sympathy for the loss of your amazing mother.. condolences to the Borowicz family
Nancy Lucas
So very sorry for your loss.
The Turton Family
We are deeply sorry for your great loss. We know she will be missed. You are all in our prayers.
Teresa Grinnen and family-
Well she was always our “Aunt” Rita for her and my mother Helen Szilvasi Grinnen were very good friends. Aunt Rita was my (Teresa) godmother. She would come to visit us and I can remember what a beautiful lady she was. I spoke to her this past year. Our deepest condolences from all my brothers Bimbo, Rick, Mark and Teresa. May her love and beauty shine in us all.
Sandra Hostetler
My deepest condolences on the loss
My prayers are with you all.
Brian and Rhonda Swartz
Our condolences to the Borowicz family
View all 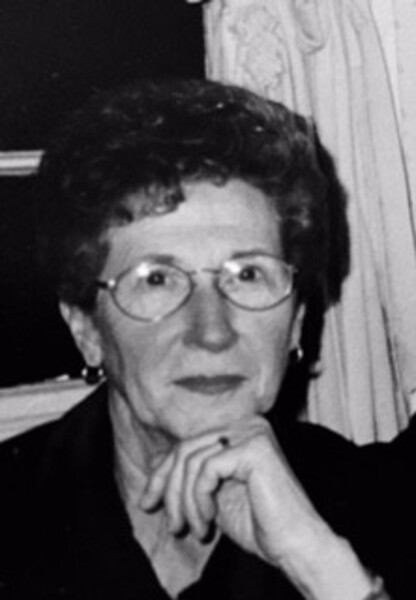