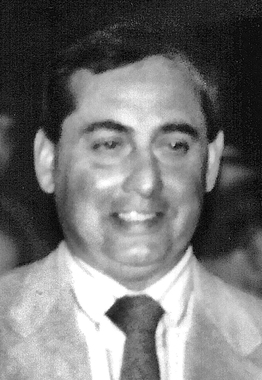 Back to Richard's story

Richard "Slick" Palmer, 73, of Hermitage, died at 4 a.m. Dec. 31, 2019, at The Grove at New Wilmington, due to an extended illness.
He was born on Aug. 2, 1946, in New Castle to Delores C. (Adsit) Sherhag and Howard A. "Archie" Palmer, both deceased.
He attended Mercer Area Schools and then graduated from Grove City College with a bachelor's in accounting.
Richard, along with his brother Bob, owned and operated the Palmer Brothers Beer Distributor in Mercer, then most recently Palmers Geneva Spirits in Cochranton. Richard also did accounting for several local businesses.
He was a veteran of the U.S. Navy from 1968 to 1972.
He was a member of the American Legion Post 467 of Wilcox and the VFW Post 6345 of Mercer.
Slick was an avid bowler, hunter and golfer.
He is survived by his wife, Karen L. (Crawford) Palmer, whom he married June 24, 2000; daughters Stephanie Palmer and her fiancé Philip Bertelli of Volant; Lindsey Bergmann of Blawnox; sister M. Kathleen "Kathie" Harris and her husband Tom of Mercer; brother Robert H. Palmer and his wife Veronica of Hermitage; and his grandson Jack S. Bergman.
He was preceded in death by his parents.
Memorial contributions to the Wounded Warrior Project or ASPCA Animal Rescue and Protection.

Send flowers
in memory of Richard

A place to share condolences and memories.
The guestbook expires on April 01, 2020. 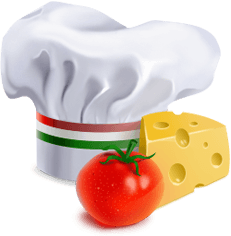 Mark s patterson
Very sad, Rick & I spent many days, nights together at his house growing up. We were on same Rotary team, played basketball & many memories. Miss you.
David Sanchez
My condolences 🙏🏻
Prayers and blessing ❤️
John Amon
Rick was comfortable in his own skin, and always celebrated the successes of others. His humility, impish smile, & untapped athleticism are foremost in my memory of him. May he be dealt a grand slam & E B be his partner. Miss you man, and so will all you have touched.
Lacey Griffin
So sorry for your loss. Rick and my husband and my self had many good times and memories.
Judie Anderson Mainus
So sorry to hear of your loss. Rick was always fun to be around. He had a quick wit and smile. He will be missed.
Fred porkolab
Rick was a humble, sincere, and fun-loving guy with a heart of gold. His classmates at Mercer High, Class of ‘64, will all miss him.
Judy Lightner Reeher
Our heartfelt sympathy for your loss.
Vicki Palmer Shaw
My deepest sympathies to all of Rick’s family.
I remember his beautiful smile and fun personality.
GENEVIEVE McCartney
So sorry to hear my deepest sympathy for you all he was a great man
View all