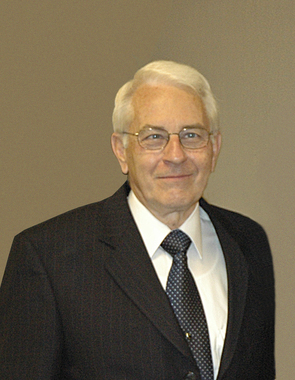 Paul Bennett Davenport of Knox, Pa., formerly of the Sharon area, passed away unexpectedly Jan. 9, 2020, in Clarion Hospital while surrounded by his family. He was 86.
Paul (Ben) was born Aug. 20, 1933 to Raymond and Ingeborg (Kripner) Davenport in Meadville.
After graduating from Meadville High School, he worked at several places as an optician. The latest were Sharon Optical (1981-2012) and Beitler McKee (1965-1981), where he had a reputation as a very patient and helpful person.
For all of his adult life he was active as one of Jehovah's Witnesses, which faith he instilled in all of his children. For the last five years he was a loved and respected member of the Shippenville congregation.
He married Sandra Lee Hallam on Sept. 2, 1959, and together they raised five children: Timothy (Laura) Davenport of Hermitage; Rebecca (Gerald) Brickey of Knox, Pa.; Deborah (Randall) Hetrick of Canfield, Ohio; Stephen (Tami) Davenport of Warren, Ohio; and Esther Maurer of Fredonia, Pa.
He is survived by his wif;, his five children; and nine grandchildren: Joshua, Tom, Leah, Lindsey, Alyssa, Meghan, Matthew, Lauren, and Hailey. He also leaves 12 great-grandchildren, whom he dearly loved. He also leaves a brother, Brian (Sandra) Davenport of Utah and several nieces and nephews.
He was proceeded in death by his parents and three brothers, Jack, Don, and Mark as well as by an aunt with whom he was especially close, Geraldine Davenport. His paternal grandmother, Mamie Davenport, had an important impact on his life. He was also proceeded in death by a niece Lillian, a nephew Bob, and a son-in-law Greg Maurer.
A memorial service will be at 3:30 p.m. Sunday, Jan. 19, 2020, at the Kingdom Hall, 2885 Hann Hill Road, Hermitage. Calling hours will be from 2 to 3:30 p.m.
Interment: Evergreen Cemetery, Harmonsburg, Pa.
Published on January 13, 2020
To send flowers to the family of Paul Bennett Davenport, please visit Tribute Store.

Send flowers
in memory of Paul

Cindy Clark
Steve-
My deepest sympathies to you and your family.
Cindy Clark
Deb Hetrick
So hard to say goodbye, for now, to my wonderful father. Tora Lee (Davenport) Fox
Ben Davenport was wonderful person and a great family man, he lived his life this way and never faltered. His Uncle was my father who died very young at 34, Ben always saw that we where included in Davenport family gatherings. We send are love and sincere condolences to the family. The world lost a great husband, father and man.
Dave Tokos
So sorry to hear of Bens passing....was just thinking about him today,then saw this! He was a wonderful person who I was privileged to know throughout my young life. Looking forward to seeing him again very soon.
Anne Blake
May Jehovah's comforting spirit be with the family of his faithful servant. Live for the day with great joy in welcoming him back in the resurrection, when all things are new. Revelation 21:1-5
Agape' .... Sister Blake in Alabama
Dennis and Bobbi Leonard
Dear Steve , Tami and family, My deepest sympathy to all of you on the loss of your father. He was always so kind to us. My prayers go out for all of you to find comfort in your memories and our hope of the resurrection . Love to all of you, Dennis and Bobbi Leonard
Candy (Patty) Cain
I just wanted to let you know how special Br.Davenport was he was always very kind and loving, and very encouraging to me. I have a lot of good memories of him. I can still see him riding my motor cycle around the yard. I also really enjoyed his talks and having the privilege of working in the ministry with him. When he was our BK study overseer, one time it had snowed pretty good so I was happy because I didn't think would come out day, but guess who showed up yep Br.Davenport. Everyone that knew him will miss him, but we will never forget him.. I look forward to welcoming him back in Paradise. And seeing the scripture fulfilled in Rev 21:4 "And he (Jehovah) will wipe out every tear from t...heir eyes and death will be no more, neither will mourning nor outcry nor pain be anymore. The former things have passed away. " Sending my love and condolences to the whole family.Read more
View all