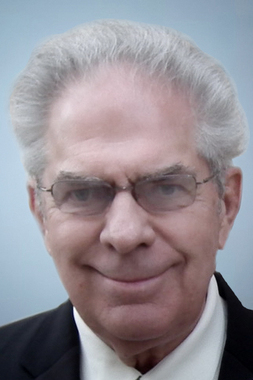 Michael S. Kuzel, Jr., 82, of Masury (Brookfield Township), passed away unexpectedly Thursday evening, Jan. 2, 2020, in Sharon Regional Medical Center.
Mr. Kuzel was born April 1, 1937, in Masury, a son of the late Michael and Anna (Mankas) Kuzel Sr. A lifelong area resident, he graduated from Brookfield High School in 1955.
Michael enrolled in teaching courses at Youngstown State University, where he later completed his Bachelor of Science in Education. At the age of 20, he was hired by the Brookfield Area School District to teach science courses in their elementary school.
Michael went on to earn his Master's in Education from Westminster College, New Wilmington, and was later hired as a Guidance Counselor at Kenston High School, Chagrin Falls, Ohio, where he remained for 21 years until his retirement in 1987. During retirement, he also worked as a distributor for the Youngstown Vindicator.
Michael was a member of St. Joseph Church, Sharon, a former member of St. Bernadette Church, Masury, and 3rd Degree member of the Knights of Columbus in Masury.
He loved playing baseball in the Penn-Ohio Old Timers Baseball League, and was an avid Cleveland Indians fan. Michael also enjoyed watching the Cleveland Browns, and listening to talk radio, particularly sports programs.
A devoted family man, Michael was a loving husband, father and grandfather.
His wife of 59 years, the former Josephine M. Mitrovich, whom he married Aug. 6, 1960, survives at home.
Also surviving are two sons, Michael J. Kuzel and his wife Margaret, Scottsdale, Ariz.; and Dr. Robert M. Kuzel, Minocqua, Wis.; a brother, Frank Kuzel and his wife Paula, Canfield, Ohio; and three grandchildren, Maeve, Madan and Emily Grace Kuzel.

KUZEL
Michael S. Jr., 82, of Masury (Brookfield Township).
In keeping with his wishes, there will be no calling hours. Online condolences may be sent to the family at www.McGonigleFuneralHomeandCrematory.com
Service: A Memorial Mass will be held at a later date.
Interment: St. Rose Cemetery, Hermitage.
Funeral arrangements have been entrusted to J. BRADLEY MCGONIGLE FUNERAL HOME AND CREMATORY, INC., 1090 E. State St., Sharon.
Published on January 14, 2020
To send flowers to the family of Michael S. Kuzel, please visit Tribute Store.

Send flowers
in memory of Michael

Chris Bavola
Oh Josephine...I am so very sorry to see this . I will be thinking of you and praying for you. Such a good man. ❤️🙏🏻
Karen Leonetti McMullin
I am so sorry for your loss. I fondly remember Mr. Kuzel, my science teacher, at Brookfield Jr. High. I can remember thinking how handsome and smart he was and how he cared about his students.
I will always have wonderful memories of him.
Cheryl Grolemund Beil
To Josephine and sons ~ My very deepest condolences to each of you. Mr. Kuzel was my 5th Grade teacher at Curtis Elementary and I have many fond memories of him. He used to call me "Boots" because my mom made me wear boots frequently for recess, rain or shine. I also remember a trip to Columbus to follow the Brookfield Warriors in the championship playoffs. He attended our 50th class reunion in as 1 of 3 surviving teachers. It was an honor to see him again after so many years. He was always such a jokester so I'm sure you will have many fond memories of your loving husband and father. May he rest in peace.
Shawn Curry
I am sorry to hear of Mr Kuzel’s passing. I used to live next door to the Kuzels in Masury and was friends with their sons. He was always good to me. My condolences to the family.
View all