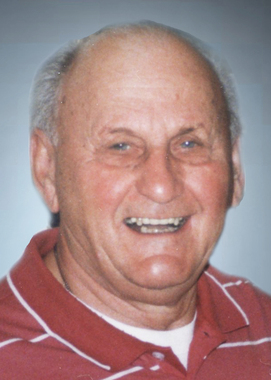 Michael Joseph Granatosky, 96, of Farrell, passed away unexpectedly Monday morning (12-23-19) in his residence.
Mr. Granatosky was born April 12, 1923, in Homer City, a son of the late John Paul and Krystyna (Mielnik) Granatosky. He moved to the area as a young boy and was a 1941 graduate of Hickory High School.
Mike served with the Army Air Force in Montana during World War II and was the starting shortstop for their baseball team. He retired as an office worker from the former General American Transportation Corp. (GATX), Masury, Ohio, where he was employed for more than 40 years.
Mike was a member of St. Anthony's Church and a former active member of Church of the Sacred Heart, both in Sharon. He was an avid golfer most of his adult life and also participated in bowling leagues.
His wife, the former Margaret Siwiecki, whom he married Sept. 24, 1955, passed away Jan. 13, 2019.
Surviving are two sons, Mark Granatosky and his wife Patrice, of Groton, Conn.; and Michael Granatosky and his wife Maria, of Titusville, Fla.; four grandchildren, Michael, Eve, Constantine and Joseph; and several nieces and nephews.
Besides his parents and wife, Mike was preceded in death by six sisters, Victoria Zagata, Josephine Granatosky, Katherine Laska, Mary Schab, Ann Jasinski and Pauline Stratter; and three brothers, Stephen, Joseph and John Granatosky.
The family suggests memorial contributions be directed to St. Jude Children's Research Hospital, 501 St. Jude Place, Memphis, Tenn., 38105 (stjude.org/donate).

Plant a tree in memory
of Michael

A place to share condolences and memories.
The guestbook expires on March 26, 2020.

Debbie Hayworth
I am so sorry for your loss. I think the first time I met Great Uncle Mike was at a family reunion. He made me smile and laugh while we were together. I pray for your family at this difficult time.
Patricia Ann Trzaska Hennings
I am very sorry for your loss. Praying for your family during this difficult time. Michael was my great uncle. My grandma was Anna Jasinski his sister. I just found out about Uncle Mike from a cousin. I just wanted to reach out and offer my condolences. God Bless
Richard Roskos
Mark, Mike, my deepest sympathies. Loved your mom and dad, always saw them out and about even in late in their lives. I am truly sorry for your loss but they both lived a good long life , God bless you and your families, your old neighbor , Rick
View all