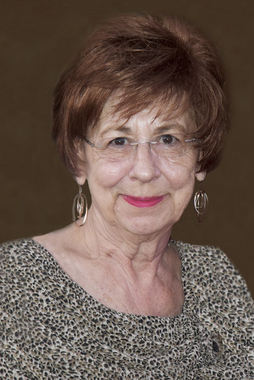 Maryanne Leyshon, age 72, passed away at her Sun City, Ariz., home during the quiet morning of Sept. 4, 2019, with husband and soulmate, Donald, the love of her life for 35 years, by her side.
Maryanne was born Dec. 3, 1946, in Steubenville, Ohio, to parents Cecilia and William L. Gardner. She gleefully spent her childhood tumbling through the streets and woods of Sharpsville with her "sissie," Cynthia.
As a teenager fresh out of Sharpsville High School, Maryanne joined the Sharon Herald in 1965 as a Modern Living staff writer where she thrived in her ability to churn out countless stories and type up about a zillion wedding announcements. In between assignments, Maryanne managed to get married, have two children, and receive multiple editorial promotions.
Maryanne was known far and wide throughout the Shenango Valley for her community service (for example, the resurrection of Buhl Day in 1979), her energetic support of her boys at their Hickory High School wrestling matches and football games, and for driving her rust-colored Cadillac on shopping sprees to Pittsburgh.
Then the West called in 1989. Actually, it was Don, whom she had been dating for several years before he was transferred to Sun City, Ariz. An opportunity arose when she was offered the position of editor of the Daily News-Sun, and shortly thereafter came Don's proposal. They were married on Oct. 7, 1989, and Maryanne packed up the house on North Buhl Farm Drive, retired the Cadillac, and rode off into the sunset with her beloved, Don.
Maryanne retired in 2010 as editor of the Daily News-Sun after 45 years of distinguished service in the newspaper industry.
She had a long history of community service in Pennsylvania beginning in her teens as a hospital volunteer and later chaired studies on juvenile justice and child-care needs; tutored disadvantaged schoolchildren; chaired major fund-raisers for National Council of Jewish Women for 10 years; and, chaired the education arm of Family Planning Services for several years. She also served on boards of directors for civic and social service organizations, community fund and school and religious groups and was named Shenango Valley (Pa.) Young Person of the Year.
In Arizona, she directed the newsroom in achieving several general excellence first-place awards from Arizona Newspapers Association and Arizona Associated Press Managing Editors and coordinated community service projects, including forums on a variety of issues ranging from health care to school reform and dialogue and understanding in the wake of 9/11.
Maryanne served as chairman of the Sun Health Foundation board of trustees, president of the Symphony of the West Valley, secretary of the then Northwest Valley Chamber of Commerce, president of the Arizona Associated Press Managing Editors Association, board member of the Arizona First Amendment Coalition and board member of the Sun City Ambassadors.
Maryanne was first diagnosed with cancer in 2005. Despite fighting four different forms of cancer over 14 years, she and Don never missed a single birthday or a holiday season with their family in Albuquerque, N.M. Even after her most recent diagnosis, Maryanne was a gracious host at her annual Thanksgiving feast, entertaining no less than 35 people last November. Her large extended family and friends loved celebrating in Maryanne and Don's home and the aforementioned Thanksgiving celebrations were notorious. While cancer is a ravaging disease, Maryanne never let it diminish her gratitude for life.
Maryanne is survived by her husband, Donald J. Leyshon; sons Brook (Sarah) Laskey of Los Ranchos, N.M., and Shanin Laskey of Santa Cruz, Calif.; sister Cynthia (William) Sember of Spring, Texas; stepchildren David Leyshon of Glendale, Ariz., and Dawn (Rick) Rice of Sharpsville; daughter-in-law Denise (John) Rabal of Peoria, Ariz.; grandchildren Derek (Krissy) Leyshon of Virginia Beach, Va. and Danielle Leyshon and her fiancée Tanner Kneipp of Glendale, Ariz.; Cain Laskey of Surprise, Ariz.; Shayla Phillips and her fiancée Skye Lucas of Sharon; Kurt Roth of Sharpsville; and Isabella Laskey and Luke Laskey of Los Ranchos, N.M.; great-grandson, Noah Laskey of Surprise; brother-in-law Gene Leyshon of Sharon; and sister-in-law Eileen (Fran) Ray of Masury.
The family will hold a private memorial for Maryanne.
In lieu of flowers, the family would ask that you simply give your Mom a hug and tell her that you love her.
Published on September 6, 2019
To plant a tree in memory of Maryanne Leyshon, please visit Tribute Store.

Plant a tree in memory
of Maryanne

A place to share condolences and memories.
The guestbook expires on December 05, 2019.

Restore the guestbook to view the 12 more posts by family and friends, and share a memory or message of condolence of your own.