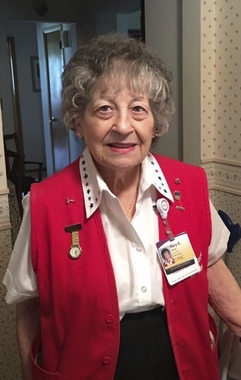 Back to Mary's story

Mary Ann (DiMatteo) Miletta, 94, passed away on Monday (Feb. 24, 2020) in her home.
Mary was born on Feb. 6, 1926, in Masury, to Nunzio and Christina (Offie) DiMatteo. She was their youngest child.
She graduated from Brookfield High School in 1944.
After graduation, she worked at the Sharon A&P grocery store for 17 years. It was at an A&P Christmas party that her boss introduced her to her future husband, Samuel L. Miletta, whom she married Aug. 18, 1952. Samuel passed away on May 19, 1987.
They resided in Farrell where they raised their three children: John Miletta, who passed away June 3, 2019; Marilee (Raymond) Wilmouth of Hermitage; and Renee (Tiffany Daley) Miletta of Sharon.
Once her children came along, Mary became a loving and devoted stay-at-home mother.
In 1988, Mary became a volunteer at UPMC Horizon Hospital in Farrell, which would extend to more than 30 years of service. She worked in the mail room and prepared charts and patient forms for the pre-op department.
She also volunteered her time at Our Lady of Fatima, where she was one of the cavatelli and Easter bread ladies. In 2018, she battled a bad knee which kept her from continuing as a volunteer for UPMC Farrell.
She made many friends along the way, including Robin Beckman Ballish, who became like a daughter to her. Beside her daughters, Mary received love and care from Shari Byers, who was also like a daughter, and UPMC Family Hospice during the end of her life.
Mary was a former member of Our Lady of Fatima Church and its Alter and Rosary Society, the UPMC Volunteer Auxiliary, and a member of St. Bartholomew Catholic Church.
She is also survived by: her sister, Rosalynn DeCapua of Farrell.
Mary was preceded in death by her two sisters and three brothers.
The family would like to thank Father Matt Strickenberger from St. Bartholomew Church for his visits and prayers, the UPMC Family Hospice Staff, especially nurse Judy Osborne and aide Samantha, and a special thank-you to Shari Byers for the love and care of them and their mother.
In lieu of flowers, the family suggests memorial contributions be sent to UPMC Family Hospice at 3124 Wilmington Road Suite 305 New Castle, PA 16105.

Plant a tree in memory
of Mary

Tom & Millie Fowler
To Renee & Marilee: Our heartfelt sympathies to the Miletta family. May GOD give you peace & comfort knowing she is in the arms of JESUS. Thoughts & prayers to all the family during these difficult days ahead. We love you.
Joe morar
Sorry about mom I don't get paper if u or sis just. Ask
Mary Capparelli
So very sorry to hear about the death of your mother. May she rest peacefully in the arms of our Heavenly Father and fly high among all the angels above.
NADINE GASH
Renee and Marilee, you both have my sincerest condolences in the passing of your mother. I truly understand how deep this lost is to you both. I will be lifting you both and your family in my prayers for the days ahead.
Bob & Tammy Datris
We were so sorry to hear of your Moms passing. God’s blessings will continue to shower down on you, Renee and your family and you walk through the days ahead. Know that your Mom loved you more then words could express and know that she is in a beautiful place and with your Dad and brother😘🙏
Betty Sacks
I never met your mom, but from what I heard from Chris and Jess she was a very special lady. May she rest in peace.
Holly Chiodo
Renee & Merilee I am so sorry to hear of the passing your dear mom. My thoughts and prayers are with you both and your families. We were both raised by the greatest generation and our parents live on through us. Bless you all ♥️
View all 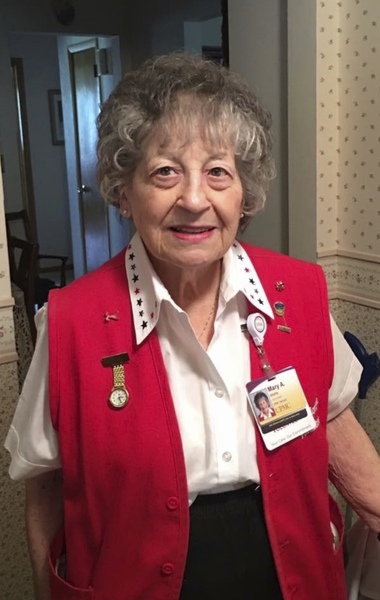