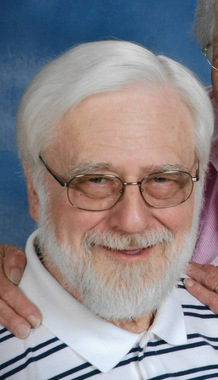 Back to John's story

John George Murcko, 82, of Pulaski, passed away at his residence Monday (Feb. 24, 2020).
He was born March 15, 1937, to John and Magdelena Murcko and was a 1955 graduate of Hickory High School.
John's love of music started as a child, playing the accordion and participating in all music programs offered through high school. He graduated in music education from Youngstown College. While teaching music in Trumbull County, he met a first-grade teacher named Rosemarie Canjar, and they married Oct. 26, 1963.
John was hired as the orchestra director at Hickory High School, teaching and encouraging students to play to the best of their ability as he presented student concerts.
John stayed active playing the string bass with the Warren Philharmonic, Greenville, and Youngstown symphonies, retiring after 44 years.
Over the years, he was the conductor for the Youngstown Youth Symphony, Westminster College Orchestra and Venango Chamber orchestra. He retired from Venango last fall after serving as conductor for 23 years. He was a conductor and founder with Phil King of the Shenango Community Orchestra, which performed in Sharon until Mr. King's death.
John enjoyed hunting at group-owned "8 Point Camp" and "work party weekends" at camp.
He is survived by his loving family, including his wife and two daughters, Diane Murcko and husband, Don Karpinski, Kathy Derr and husband, Ed, and granddaughter, Sierra Hall, and many dearly loved nieces and nephews.
In addition to his parents, he was preceded in death by: a brother, Jim; a sister, Sandy Hricik; and 10-year-old daughter ,Jean Marie, who died Feb. 24, 1975.
The best way to honor John's memory is by sitting down to dinner with family and friends and telling a good joke.
Published on February 26, 2020
To plant a tree in memory of John George Murcko, please visit Tribute Store.

Plant a tree in memory
of John

A place to share condolences and memories.
The guestbook expires on May 25, 2020.

Joe estock
My condolences to the family of John Murcko.
We attended YSU together as music majors and played many gigs.
We even bought a dog and did some hunting.
What a good friend who will be missed.
Amy Gibb Mattey
Mr. Murcko taught me to play the flute as a 5th Grader, when I could not appreciate his teaching skill and demeanor through my own nerves and a healthy amount of fear. Later, as I observed his character through my high school years (I can still hear my name spoke in his classic tone), I held him in high esteem. He was a friend and mentor to generations of kids.
My dad, Bill Gibb, also a retired Hermitage teacher, spoke highly and reverently of John Murcko throughout my life. Dad holds a deep love of music, though he neither plays nor sings, and John represented musical dedication, talent, and integrity. He most definitely stands among the greatest teachers of all time.
May God bless the Mu...rcko family in this time if grief. I have no doubt they have a treasure chest of memories.Read more
Janelle Zagger-Parker
The news of John’s passing came as a shock, even though he lived a great, long, wonderful life. Thank you all for sharing him as my Orchestra director during all my years at Hickory. I recall him being so serious and stern when I was younger, or when I’d see him at church, but as I got older and then became a music teacher, myself, came to realize that was his “teacher” persona, which served him well and helped him shape so many young minds. When we met back up once I was an adult, I remember telling him how scared I was of him, and we laughed about it, because he truly was just a great musician, music teacher, and funny man. We were able to speak as adults and I was able to apprecia...te the hard work it takes to create and keep a music program at a school going. I loved him like a father, and I’m sorry he is no longer physically here for all of you. Keep funny stories alive and he will be around forever. Hugs.
JanelleRead more
Bob Barnett
John contacted me to serve as the Principal Timpanist of the Youngstown Symphony 41 years ago. He always met me at the stage door to share a joke or two before rehearsals. I will miss his kindness and consideration and will remember fondly his smile and sense of humor.
Bob Barnett
John contacted me to serve as Principal Timpanist with the Youngstown Symphony 41 years ago. He would always meet me at the stage door to share a joke or two before rehearsals, many of which I continue to tell to this day. I will always remember his kindness and consideration
Susan Brenneis-Fisher
So sorry to hear of John’s passing. As a colleague in Youngstown Symphony and Warren Philharmonic for many years he was always friendly and kind with a ready laugh I can still hear. My heart goes out to his family.
Marcia Starkey
Hickory High School 1992—Mr. Murcko will continue to always hold a special place in my heart. I would have to say he was my favorite teacher of all time. He taught me how to play violin, starting in 5th grade. My first lesson was to simply run the bow back and forth on the strings with tension just to get used to holding it and moving it...I remember him saying “your parents are going to love this!” and we both laughed. From that point, he was a part of my everyday life during school. In High School, he would be the first person I saw when I walked in...he was always standing by the ramp. He would smile and always check my hand as I was walking toward him to see if I was carrying my vi...olin (he wanted to know if I was practicing 🙂). If I forgot it at school, he was ready to give me grief about it (smiling the whole time while he did). He challenged us and helped us make our way to experience the true art of music at our school and by helping us make it to district, regional, and state performances as well. His laugh is a fond memory of mine and his dedication to us, demanding our best when it came to performance was like no other. One day, when I walked into my practice time for a piece I was working on for a musical, he handed me a blindfold...and was very quick to let me know that he was serious. So I put it on. He explained to me, as I stood blindfolded and holding my violin, that the lights will be off on stage except for the one bright spotlight that would gradually start shining on me when the curtains open and I would be playing at that point (The Fiddler). So he explained that if I could play the piece blindfolded, I could play it on stage with spotlights or no lights or the combination of both...then we began perfecting the piece. When I pick up my violin to play, the same one he helped to fine tune before concerts, he will definitely remain to be a part of the music I am able to play...I won’t be playing blindfolded Mr. Murcko!! But, I do know I could if I have to!! All my love to his family. I am truly sorry I could not come to PA to offer my condolences. I am thankful to have had him in my life and I pray for your strength and peace during this time. He was a wonderful man and left his legacy in the lives he touched.Read more 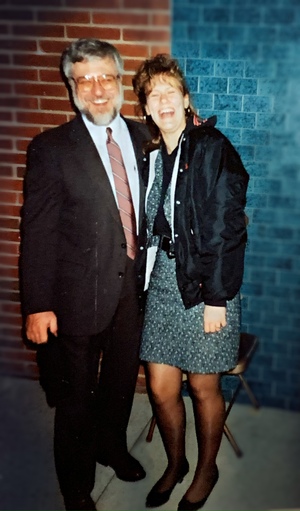 Terrence McDonald
I first met John when I was a freshman in Greenville High School during district Orchestra. He was a friend of Mike Pistolesi ,my bass teacher. John was very friendly and knowledgeable. Over the years we played bass together on and off in the Greenville Symphony. He was a kind and good man. I will miss him.
Paula Heath
I knew John but never taught with him directly. I was housed in other buildings at the HSD. I did work with Sandy however. My sympathies to the entire family. You are all in my thoughts at this difficult time.
Amy (Zorzi) Neubert
1990 Hickory High School graduate. Mr. Murcko was the man who got me my instrumental start by sending me home with an oboe in 5th grade and then teaching me how to play it. A kind and funny man. May he rest in peace.
Janet Kulusich Buzzeo and Noreen Kulusich
We want to send out all our love and prayers to the family and friends of this wonderful man. My dad, Phil Kulusich loved "Little Johnny Murcko" as both a student and later as a colleague. He was respected and loved by his students and made Hickory one of the music power houses in the region. I know I learned more from my dad Phil, John, and their buddy Ed Groves during my music career in high school than I did from half of my college professors. Those guys worked together as a team and created some of the best music ensembles that Hickory had ever produced. John was always available to lend a helping hand when I had questions during my brief tenure as orchestra director at Hickory, t...o help me pop a tuning peg that fell, and fix so many of the instruments I brought to him. I loved to watch him in action during many of his orchestra performances and am sorry I never had a chance to perform in one of his ensembles. My mom and I send our sympathy but know John and my dad are up in heaven playing and trading stories about all the kids they taught (and yeah, a joke or two!Read more
View all 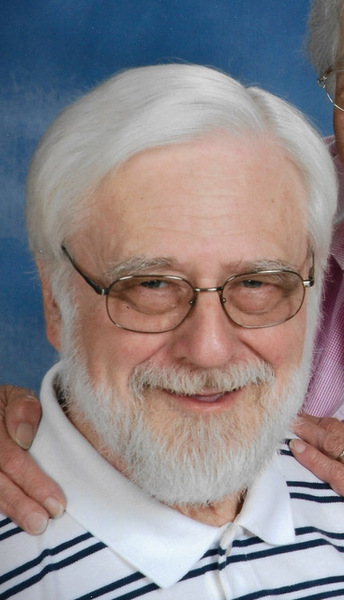