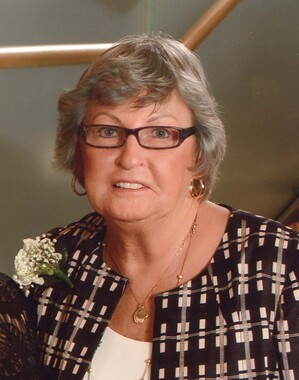 Back to Janet's story

Janet Marie (Alessi) Butson passed away, surrounded by friends and family, including her beloved dog Buffy, on Monday (Feb. 10, 2020) in Orchard Manor, after a long battle with cancer.
Born Oct. 19, 1945, in DuBois Pa., she was the daughter of Angelo and Mildred (Diehl) Alessi.
She graduated from Reynoldsville-Sykesville High School in 1963, and in recent years enjoyed attending the yearly alumni dinners and spending time with her classmates.
Janet retired from Joy Cone Co. on Dec. 12, 2012, at noon, after many years of employment. Prior to moving to Hermitage, she was employed by Rockwell International, which was later acquired by Boeing International.
She was of Roman Catholic faith, and a member of the Church of the Good Shepherd parish in West Middlesex. Janet also enjoyed working in her large yard, spending time with friends and family and shopping.
Janet was preceded in death by: her husband Mervin J. "Jim" Butson, whom she married Aug. 15, 1975; her parents; and a sister, Karen Kuhn, previously of Reynoldsville.
Surviving is: her daughter, Tammy Angeletti, Hermitage; a stepson, Russ Butson, Big Run, Pa.; and a brother, Michael Alessi and his wife, Sally, Reynoldsville.
The family wants to thank the staff at Orchard Manor, UPMC Cancer Center in Farrell and UPMC Family Hospice. Special thanks to Dr. M. Courtney-Brooks, Dr. W. Spielvogel and Dr. Mary C. Daugherty.

Send flowers
in memory of Janet

A place to share condolences and memories.
The guestbook expires on May 11, 2020.

Loretta Lapcevich
Very sorry to hear of Janets passing- former co-worker
Charles & Alma Johnson Kissimmee Fl. 34744
We always stopped in to say Hi on our trips back to PA. Janet & Jim were great friends.
View all