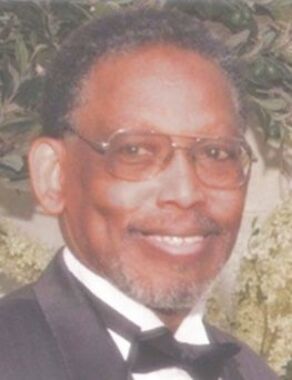 A gathering of 150 clergy, family members, musicians, and well-wishers came together on Wednesday, Jan. 15, 2020 for a gospel infused homegoing celebration honoring the life of James Charles "Butch" Dobie, formerly of Wheatland, at Greater Cooper A.M.E. Zion Church in Oakland, Calif.
On Jan. 4, 2020 while watching a football game with his family, an angel had touched James' shoulder and whispered, "It's time to go."
James was born in Sharon Feb. 19, 1942, to Jesse and Rosia Lee Dobie.
Early on, he learned to be of service to others at Ruth A.M.E. Zion Church in Sharon and from the Boy Scouts of America.
An academically gifted member of the Sharon High School Class of 1960, James was also an outstanding Tiger linebacker. President of the high school choir, in his senior year he was the only African American male to sing with the Shenango Valley Community Youth Choir.
James and his family were proud of his acceptance into Thiel College where he planned to major in education.
During his service in the Army, he was an X-ray technician in Germany.
In 1964 he married Dorothy Ann Jackson before moving to New Jersey, and during their marriage she became the mother of his three oldest children.
In 1972 James began his career with the Internal Revenue Service as a taxpayer service representative, one of two African Americans in the Phoenix, Ariz. district office. Before leaving New Jersey, he met Alanda Lloyd, and in 1975 he moved his new family to Arizona.
One of the first taxpayer service specialists in the nation, James held leadership roles as an instructor, and he represented the IRS on television and radio. He received a promotion then re-assignment to the Regional Training Center in San Francisco as lead instructor in 1979.
While there he co-founded the Sacramento Chapter of the Association for the Improvement of Minorities (AIM-IRS). During his 16-year tenure as its president, the chapter maintained a Volunteer Income Tax Assistance site, participated in community activities, received national awards and scholarships, and hosted two Western Region Leadership Conference and Training Seminars. After his retirement from the IRS in 1999.
James continued his AIM-IRS affiliation.
James started each day with prayer and would witness to anyone. His faith and service to his church were at the core of his existence. For more than 40 years his contributions of his time and talents were boundless. Holding local, district and conference roles with fiscal responsibility, he also collaborated with clubs, committees and organizations. He served as chair of the Board of Stewards and preacher's steward; helped develop and coordinate the Men of Zion; helped implement Greater Cooper's video ministry; was a "hands-on" class leader; attended weekly Bible study; and volunteered with the weekly feeding ministry.
James was a member of the church choir, the California Conference Choir, spearheaded the church's men's chorus, and appeared briefly with the Northern California Gospel Music Workshop. To honor his dedication, Greater Cooper A.M.E. Zion Church has announced a James Dobie Memorial Scholarship to benefit students majoring in music.
The Dobie domain was always open to family, friends and neighbors. First-time visitors would hear, "This time you are a guest, next time you are family." James found immense joy in encouraging young people. He coached soccer leagues, track leagues and baseball, and volunteered as an elementary school yard monitor. He opened his home to foreign exchange students. As a father figure, he tried to oversee everything by citing rules and boundaries for his family and his extended family.
James loved watching the Pittsburgh Steelers, playing bid-whist, dancing, and creating new memories. As a friend, he was not one who easily let go of caring. To his credit, people admired and respected him for the love and friendship he shared with his far-reaching circle of relatives and acquaintances.
James and Alanda shared a zest for life and a spirit of adventure for more than 45 years. As empty nesters they regularly traveled by car from coast to coast, leaving their family anxious. Their trips across the world took them to Alaska, Canada, the Caribbean, Germany, Hawaii, Italy, Mexico, Panama, Spain, and the United Kingdom. Neither of them allowed fear or frailty to deter them. James always said that the Lord would take care of them, and he was right every time.
Left behind to continue his legacy are: his wife Alanda; his children, Kirk Dobie, Monique (Alex) Querna, Terri McDonald, Desiree Whittaker and Aaron (Kellie) Eleazer; his siblings, Alexander (Paulette Jenkins) Dobie, Dorothy Simmons and Michael Dobie; his grandchildren, Shanice and Janelle Whittaker, Alexis Minor and Brandon Hardy, Visalia, Nathaniel and Matthew Dobie and Joshua Debbs, Hannah and Sarah Eleazer; seven great-grandchildren, 21 nieces, 21 nephews, five sisters-in-law, two brothers-in-law, and a host of relatives, extended family, and friends.
Greeting Butch on the other side of life are: his parents, Jesse, Sr. and Rosia Lee Dobie; stepfather, Robert Flint, Sr.; mother-in-law, Arlene Lloyd; brother, Jesse Dobie Jr; step-brother, William Flint; brothers-in-law, Rodney Brunson, John Gordon, and Lenco Lloyd; sisters-in-law, Brenda Dobie and Vanessa Stokes; niece, Sharon Lewis; children's mother, Dorothy Ann Dobie; and dear family friend, Beverly Macon.
A military salute occurred during the Order of Service, with the American flag covering James' bronze casket being presented to his widow. Following the committal, his family formed a circle outside as a white dove took flight toward the clouds. James' interment was on Jan. 16, 2020 at Sacramento Valley Veterans Affairs National Cemetery in Dixon, Calif. Final arrangements were entrusted to Fouche's Hudson Funeral Home in Oakland. Local Arrangements were entrusted to F. D. Mason Memorial Funeral Home, Inc. in Youngstown.
Published on February 27, 2020
To plant a tree in memory of James Charles Dobie, please visit Tribute Store.

Plant a tree in memory
of James

A place to share condolences and memories.
The guestbook expires on May 25, 2020. 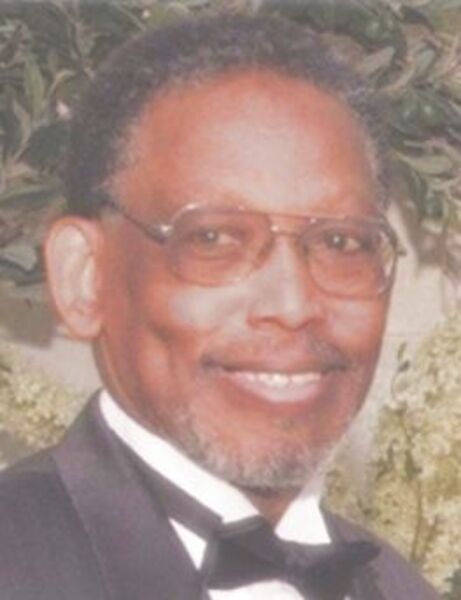