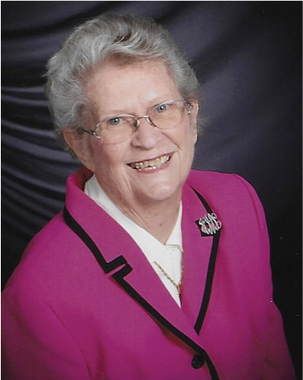 Back to Helene's story

Helene L. Whitfield, 87, of Grove City, passed away Sunday morning (Dec. 29, 2019) in Countryside Convalescent Home, Mercer.
Helene was born on July 31, 1932, in Forest Hills, to James W. and Helene L. (Law) Law.
She married Clarence C. Whitfield, Jr. on Sept. 6, 1952; he preceded her in death on April 3, 2015.
She was a member of Ebenezer Presbyterian Church.
Helene was a graduate of both Wesley High School in 1948 and then Grove City High School in 1949. She later attended a two-year secretarial school in Pittsburgh.
Helene worked as a secretary for many years at Leo Stevenson and Co. and TAJON Trucking Co., both formerly of Grove City.
She was a member of the Order of the Eastern Star.
Helene is survived by: three children, Helene W. Osborne, Sandy Lake, Karen W. Ohler and husband, Lonnie, Stoneboro, and Clarence W. Whitfield III and wife, Cynthia M., Grove City; eight grandchildren; and 16 great-grandchildren.
Her parents, husband, two brothers, and a son-in-law, Kenneth Osborne, preceded her in death.
In lieu of flowers, memorials to Alzheimer's Association at act.alz.org.

Plant a tree in memory
of Helene