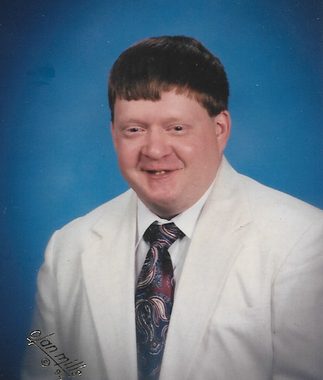 Back to George's story

George Harry Gibson Jr., 59, of Wise Road, Hermitage, passed away on Sunday morning, Feb. 9, 2020.
George was born in Sharon Dec. 2, 1960, to George H. Gibson Sr. and Shirley Wheaton Gibson. He married the former Jody Fogleman on May 10, 2003, and she preceded him in death on Dec. 4, 2015.
George was a 1979 graduate of Hickory High School.
George was a veteran, having served his country in the Navy.
He was formerly employed at Sharon Steel, and was a member of St Paul's United Church of Christ, Todd Avenue, Hermitage.
George was an avid Steelers, Pirates and Penguins fan. He also enjoyed following NASCAR and Penn State football.
Survivors include his mother, Shirley Gibson of Hermitage; one sister, Linda (Jonathan) Willey of Sharon; two nephews, Joshua and Nathaniel; two nieces, Jennifer and Kristen and their families; three aunts, Margaret Cunningham, Nancy Fisher and Sarah McCormick; and one uncle, William Mitcheltree.
He is preceded in death by his wife, Jody, and his father, George Gibson Sr.
Memorial contributions may be sent to St. Paul's United Church of Christ, Todd Avenue, Hermitage.

Send flowers
in memory of George

A place to share condolences and memories.
The guestbook expires on May 10, 2020.

Robyn Reed-May
George you were a kind and wonderful friend. Mornings will never be the same without your good mornings. I'll definately miss your kindness. Rest in heaven my friend.
Marcella Kidd Whalen
My deepest sympathies on the passing of George. He was a wonderful and kind hearted man.
Patti Bonanni
George was a nice guy, I will keep his family in my prayers, especially his Mom.
Robert L Pegues
My Deepest Condolences to the family! A kind man I had the pleasure of knowing since High School, Hoot as he was affectionately known had a lot of heart, he wasn't the biggest, strongest, fastest player on the team but he always showed up with all he had, and always had a kind heart! Will be Truly Missed....
Kim Kuzel (Watson)
My sincerest sympathies for your loss! I knew George from school and was saddened upon hearing of his passing. I always looked forward to his morning posts. He always put a smile on my face, but that was how George was, he was so kind, and sweet he'd message me now and again to check on me. I will miss my dear friend and his his huge heart of gold! Now you are with your lovely Jody once again. RIP dear, dear friend. I'll miss you always.
kurt kretchek
My thoughts and prayers to the Gibson family. I have known George for many years. what a wonderful human being he was. I will sadly miss my friend.god speed brother.
Sandy Rowe
Shirley, George, Linda and John,
I'm so sorry for your loss of your son and brother. He was such a kind hearted man and I'm sure will be greatly missed. Prayers to all of you.
Bev Kauffman
Rest In Peace my friend❤️
Edna Z. Marshall
Shirley and Family, My condolences in the loss of your son. It is difficult but God will give you the strength and He will hold you in His loving arms. God Bless.
Vera Musser
George married my Niece, Jody. He made her the happiest women. They loved each other with all love they had to give. You are once again reunited in Heaven above for eternity. Rest in peace my friend.
Judy Spece-Wright

Strength and Solace Spray was purchased for the family of George Harry Gibson by Judy Spece-Wright.  Send flowers