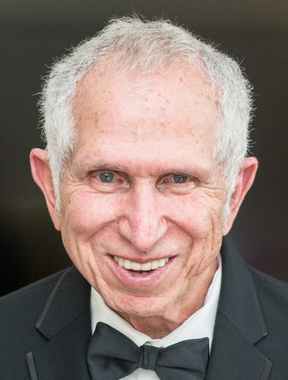 Back to George's story

George A. Cross, 89, of Neshannock Township, passed away unexpectedly Sunday afternoon (Feb. 9, 2020) in UPMC Jameson Hospital, New Castle.
Mr. Cross was born July 21, 1930, in Wilkes Barre, Pa., the son of Abraham and Anna (Hajel) Cross.
George graduated from GAR High School, class of 1948. He then pursued a bachelor's degree at Wilkes University in chemistry and graduated in 1952.
After George graduated from Wilkes University, he took a job as a chemist with Hercules Powder Company in Kenvil, N.J.
On Feb. 3, 1957, he married his wife of 63 years, Joan Russin Cross.
He then attended Lehigh University and graduated with a bachelor of science degree in chemical engineering in 1962.
George moved his family to New Castle, taking a job at American Cyanamid as a chemical engineer in Edinburg. He worked with a team that developed one of the first slurry explosives that was used in the construction and mining industries. Still with American Cyanamid he accepted a position as Northeast Regional Manager of the Ammonium Nitrate Chemical Division.
In 1976, George received American Cyanamid's Golden Oval Award for outstanding sales. In 1977 he accepted the position of national sales manager for the same division.
Later, the American Cyanamid Co. sold the Ammonium Nitrate Division to the Irecco Corp. where he continued as the national sales and marketing manager. When the Irecco Corp. was sold to Dyno Nobel, he continued in the same capacity. While at Dyno Nobel he was instrumental in the country in the development of the Superprills, which revolutionized the explosives industry in construction and mining. After his retirement at the age of 72, within a year, George became a consultant for Quad Chemical in 2002, where he continued until his ultimate retirement in 2018.
George balanced his versatile, accomplished career and dedication to his family with a variety of special interests. In his youth he became an Eagle Scout. He loved his church, serving as an altar boy in his local parish. This love of the church carried through to his adult life, and he eventually served as vice president of the Church Council at St. Elias Antiochan Orthodox Church in New Castle. Later, he became a faithful parishioner of St. John the Baptist Orthodox Church in Campbell, Ohio.
George was a member of Toastmasters, developing his skills as a public speaker, no doubt complementing his career in sales. As a diehard Steelers fan, he held season tickets for the past 34 years. The standout skill, however, that both friends and family knew of George, was his passion for and ability to play bridge, of which he became a life master.
To friends and family, George was warm, and down to earth, with a dry wit and an upbeat spirit. He was an anchor, a rock, a brother, a mentor, a friend.
In addition to his wife, George is survived by: a daughter, Jennifer Cross Gregory and her husband, James Gregory III, Brooklyn, N.Y.; a son, Gregory Cross and his wife, Debbie, Sharon; and a sister, Maryann Gazey, Allentown, Pa.
George was preceded in death by his parents and a brother, Robert Cross.
The family suggests memorial contributions be directed to either, St. John the Baptist Orthodox Church, 301 Struthers-Liberty Road, Campbell, OH, 44405, or St. John's Orthodox Church, 3180 Morefield Road, Hermitage, PA 16148.

Send flowers
in memory of George

A place to share condolences and memories.
The guestbook expires on May 11, 2020.

Sheila Dellibovi
Our utmost prayers and condolences and sympathy to Greg and Debbie for your loss we are always here for you if you need us you are in our thoughts and prayers
Lynne Cohen
Joan I want to extend my deepest sympathy to you and your family my thoughts And prayers are with you
Barb the fedex girl
My prayers to Joan. I had the great pleasure to serve these 2 wonderful people over the last 30 years and never left without a smile on my face. George had a very upbeat and positive outlook on life. He will be missed.
Dennis & Linda Bevan
So sorry for your loss, what a great gentleman he was. Also a great neighbor on Fruitland. It was a great pleasure knowing him.
View all