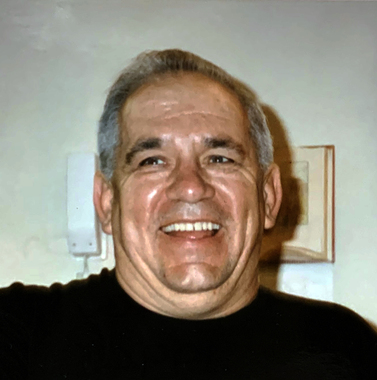 Back to Douglas's story

Douglas B. West,Sr., 75, of Hermitage, formerly of West Middlesex, passed away early Saturday, Nov. 23, 2019, with his loving family by his side.
Born Nov. 12, 1944, in Somerset, he was the son of the late George and Shirley Hyder Fenton West.
He was a graduate of Boswell High School, and served in the U.S. Army Reserve and the Military Police.
He was a retired truck driver who drove for various trucking companies in this area for over 40 years.
He enjoyed being with his family and also listening to music.
He is survived by his wife, Rosemary Sefcik West, who he married June 1, 1965; his children, Laura (Kevin) Kirkman of Niles, Ohio; Roseann (Greg) Haller of New Castle; and Doug (Amanda Beich) West Jr. of Sharpsville; six grandchildren: Seth, Savanna, Anna, Hunter, Alicia, Isabella; and three great-grandchildren, Ava, Silas, and Londyn.
In addition to his parents, he was preceded in death by his siblings, Louise "Sis" Pletcher, George "Sonny" West, Hillard West, Lee West, Jim West, Henry West, Dennis West, Sid West, Harry West and Billy West.


WEST
Douglas B. Sr., 75, of Hermitage.
Visitation: 5 to 7 p.m. Wednesday (11-27-19) in the JOHN FLYNN FUNERAL HOME AND CREMATORY inc. chapel, 2630 E. State St., Hermitage.
Memorial service: 7 p.m. Wednesday in the funeral home with the Rev. Jason Hickman of the Presbyterian Church of West Middlesex officiating.
Friends may sign the guestbook at www.flynnfuneralhome.com.
Published on November 23, 2019
To plant a tree in memory of Douglas B. West, please visit Tribute Store.

Plant a tree in memory
of Douglas

A place to share condolences and memories.
The guestbook expires on February 21, 2020.

Restore the guestbook to view the 7 more posts by family and friends, and share a memory or message of condolence of your own.