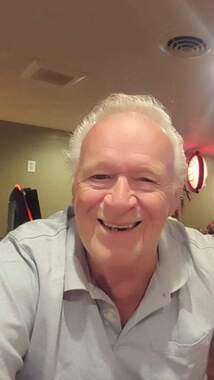 Back to Donald's story

Donald "Whitey" Bochert, 84, formerly of Farrell, died peacefully Sunday, Feb. 9, 2020, at home in Tennessee, after extended illness.
Whitey was born Jan. 2, 1936, in Sharon, a son of George Lee and Mary Jane Bochert.
He retired after 38 years from the former Sharon Steel.
Whitey enjoyed his many gardens and cooking meals in his home. He was a member of many local social clubs, and an avid bocce player for decades.
Whitey made friends in every setting, with his joyous smile and contagious laugh.
Whitey is survived by three sons: Barry, Tennessee, with whom he made his home, Donald, Sharon, and Brian, Florida; his sister, Lucretta, Ohio; brother, Dennis (Barb), New York; and many grandchildren, great-grandchildren, nieces and nephews.
He was preceded in death by his parents; wife, Jeanette; son, Glenn; sisters, Lois, Betty, JoAnn; and brothers Ted, Albert, Heaverly, and George.
There will be no services. A celebration of life will be held at a later date.
Published on February 13, 2020
To send flowers to the family of Donald Bochert, please visit Tribute Store.

Send flowers
in memory of Donald

ASENATH KAGLE [ BOCHERT]
SORRY FOR THE LOSS OF A GOOD MAN, I REMEMBER THE COOK OUTS AT PARKS, YOU ALWAYS WENT EARLY TO SAVE A PLACE FOR ALL OF US , YOU WILL BE MISSED.
Sylvia Craig
So sorry to hear about his passing God bless him and his family 😢
Karen Sabulski Showman
Sincerest sympathy to the family in your time of loss. My father Walter was a friend of your fathers.
David Wayne
To an old friend of many years. Rest In Peace .
Harold

Uncle Whitey, You were always one of my favorites. You will be greatly missed by your family & all who knew you. Until were together again.
Love you,
Your Nephew,
Butch

Barry Bochert
Daddy you are my Hero,take care of my brother Glenn I will see you all soon rip daddy I love you with all of my being
View all