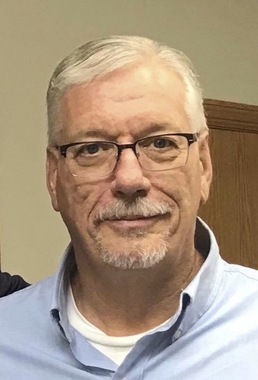 Back to D. Jeffrey's story

D. Jeffrey "Hoagie" Hogue, 63, of Slippery Rock, passed away on Tuesday, Dec. 17, 2019, at Allegheny General Hospital in Pittsburgh following a year-long illness.
Jeff was born in Ellwood City on May 24, 1956. He graduated from Slippery Rock High School in 1974 and then went on to graduate from Slippery Rock State College in 1981.
Following college, Jeff went on to marry Dixie Lee Holmes on June 19, 1982.
He worked as an insurance agent for his insurance company, Specialty Insurance Agency" in Slippery Rock. It was a business he built from a single filing cabinet (with no files in it) into what it is today. Jeff served faithfully on the Slippery Rock Zoning Board for many years.
Jeff truly loved his work and was proud to serve the community.
Jeff was a lifelong sports fan of high school, college and professional sports teams, in particular the Pittsburgh Steelers. Hoagie was a devoted (some described as "insane") fan of the Slippery Rock High School Volleyball Team, which is coached by his daughter (Danielle). He recently was able to convince the hospital into letting him out early, in order for him to attend one of the team's games. Above all, he enjoyed spending time with his family.
He is survived by: his wife, Dixie of Slippery Rock; daughter, Danielle (Tim) Busi of Slippery Rock; son, T.J. (Andrew Duarte) Hogue of New York City; mother, Jane Hogue Russell of Prospect; sister, Joyce C. Davies (Charles) of Prospect; brothers, Dana J. Hogue of Butler and Dennis J. Hogue of Butler; brother-in-law, Steven (Deana) Holmes and favorite niece, Ansley Holmes, all of Slippery Rock.
Jeff was preceded in death by: his father; stepfather, Arthur Russell; father-in-law, William E. Holmes; stepfather-in-law, Raymond Gibbons; and a nephew, Charles Davies III.

Plant a tree in memory
of D. Jeffrey

A place to share condolences and memories.
The guestbook expires on March 17, 2020.

Kempton Werner
My deepest sympathy to the family. I was not aware Jeff was ill. I knew Jeff from H. School and he became my agent about a decade ago. He was always a pleasure to talk with and will be remembered as a true gentlemen.
The world needs more men like Jeff.
Julie (Stoughton) Wernle
My sympathies to you, Dixie, and your kids. I have many fond memories of Jeff's wonderful smile, and kindness and love for all of you.
William Smith
Deepest Sympathy to all the family
Jeff will be missed
Sincerely
Smith Family
Friend and Client
Rest In Peace
Paul & Kay nockour
Our sympathy, Jane and family.
Heather krenn
I am so very sorry. He was a very nice guy
Connie Bell
I was so sorry to hear of your loss. Please know that our thoughts and prayers are with you, Danielle and TJ. Lean on each other for strength.
Steve Roberts and Hope Roberts
Jeff was our go-to “insurance man” ever since the 1980’s when we were all young and starting businesses in SR. But more importantly, he was a trusted advisor and friend, always genuinely interested in us and our family life as much as our business. He will be greatly missed by so many! Our sincere condolences to all the family.
Merton Miller
Jeff was admired and loved by many....I personally have great memories of Jeff through our high school days....he was a natural leader and totally genuine individual...they do not come any better. My deepest sympathies to the entire Hogue family....and especially to Dixie.
Laurel Dagnon
Dixie and Family, So very sorry to hear about Jeff and your loss.
Carla and Bruce Coffelt
Please accept our most sincere expressing of sympathy. Jeff was warm, loving and generous. I know he will be missed by so many of us. Your loss fills my heart deeply.
Dixie, we carry you and your family in our hearts and prayers.
Kelli Rensel
Dixie - So sorry to hear about Jeff. Please know you, TJ and Danielle are in my thoughts and prayers during this difficult time.
View all