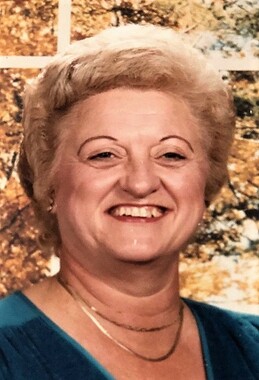 Back to Betty's story

Betty Jean Alter, 92, a longtime resident of Brookfield, entered eternal rest on Friday (Jan. 18, 2020) while a patient at O'Brien's Memorial Health Care Center, Masury, following a period of declining health.
Betty was born Dec. 7, 1927, at home in Sharon, a daughter to Samuel and Leah (Edwards) Baskwell.
Following her graduation from Sharon High School in 1945, she worked for Westinghouse Electric.
She married the great love of her life, Charles "Chic" Alter, on Sept. 7, 1946. Together they started a family and ran the family business, H.A. Alter and Son Painting, which was founded by her father-in-law, Harold Alter.
They raised four children, Charles Bruce, Robert Gordon, Barbara Susan, and Thomas Edward.
In her later years, Betty was the primary caregiver and companion of her grandson, Christopher.
Betty was a member of St. John's Episcopal Church in Sharon and had belonged to several bridge clubs in the area, as well as a dance club.
In her spare time, she enjoyed: golfing, having played on several area leagues; being an avid reader, sometimes reading up to three books a week; and collecting all things butterfly related. In addition, she loved traveling with her girlfriends.
She is survived by: three of her children, Robert Alter of Florida, Susan (Peter) Sirianni, Boynton Beach, Fla., and Thomas (Stephanie) Alter, of Masury; her grandchildren, Ryan (Stephanie) Alter, Mark Alter, Lisa (Mark) Stamford, Jen Alter, Julie (Joshua) Sanchez, Peter (Sarah) Sirianni, Kristi (Christopher) Gill, Christopher Alter, and Shawn (Olga) Alter; her 11 great-grandchildren; her daughter-in-law, Colleen Alter, of Brookfield; several nieces and nephews; and her lifelong friend, Elaine Palisin.
She was preceded in death by: her husband Chic, who passed on March 29, 1978; her son, Charles Bruce Alter; and her siblings, Stanley and Gordon Baskwell, and Marvella Rinas.
As suggested by Betty, and in lieu of flowers, memorial contributions can be made to the Friends of the Brookfield Library, 7032 Grove St., Brookfield, Ohio, 44403.

Betty Jean, 92, of Brookfield.
Calling hours: None, in accordance with her wishes. Expressions of sympathy may be left for her family at www.bricelandfuneralservice.com.
Service: A memorial service will be announced at a later date.
Burial: She will be laid to rest next to her husband in Oakwood Cemetery.
Arrangements by BRICELAND FUNERAL SERVICE, 379 state Route 7 SE, Brookfield.
Published on January 19, 2020
To plant a tree in memory of Betty Jean Alter, please visit Tribute Store.

Plant a tree in memory
of Betty

A place to share condolences and memories.
The guestbook expires on April 18, 2020.

Suzanne Green
Sending my sympathy to the wonderful Alter family . Especially, my school mate , Susie.....
Colleen Alter
With deepest sympathy for the loss of Betty. She was a wife, mom, nanna and great grandma. She lived a full life and is now reunited with Chic and family and friends. Prayers for the family and Betty.
Barbara. Biggs
Bob. Susie and. Tom,my deepest sympathy on the death of your. Mom. Seems only yesterday we were all playing together on. Golf Drive. together. Your. Mom was a lovely lady.
Cindy( Johnston) Wesneski
My deepest sympathy to the entire Alter family. Mrs. Alter was always a joy to be around and she was always very kind to me when my sister Kathie and I would visit Susie.
View all